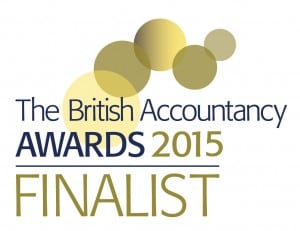 Aston Shaw, the fastest growing accountancy firm in the Eastern region, are proud to announce that the firm has been shortlisted in two categories for the British Accountancy Awards 2015.

The British Accountancy Awards, now in their fifth year, are the most prestigious, competitive and widely entered of their kind – with high profile industry sponsors, including Sage, ACCA, QuickBooks and AccountancyAge. The awards look to recognise the top accounting firms across the UK and Aston Shaw are extremely proud to be shortlisted for both the ‘Independent Firm of the Year – East, England’ and the ‘Community Award’ categories.

Dominic Shaw, Director commented, “I am thrilled to see the firm receive recognition for its achievements with regards to our continued growth and commitment to service excellence. I am particularly pleased to see Aston Shaw also shortlisted for the Community Award, as we have worked hard to give something back and have a positive influence on the local community.”

In order to make the shortlist, the firm had to produce evidence of its profitability, growth, measurable success, professionalism, innovation, as well as showcasing its commitment to the welfare and support of employees and the wider community.

To be recognised in the Independent Firm of the Year category, Aston Shaw demonstrated strong evidence of adding significant client value through its trademark proactive, innovative and modern approach to client care, as well as displaying how the firm’s services have been crucial in enabling their clients to achieve and exceed their business goals.

The Community Award recognises the contribution Aston Shaw has made to the local community in East Anglia. The firm demonstrated this through a variety of initiatives, including:

The winners will be announced at a glittering awards ceremony, which will take place on 24 November at The Brewery in central London.

Are you prepared for #IR35? Come and join us, @SpireLLP and @AngliaHub for a free event where we tell you everything you need to know. Book now! Norwich ➡️ tinyurl.com/yhrfoy7z Diss ➡️ tinyurl.com/yftxqv35 Great Yarmouth ➡️ tinyurl.com/ygwv7fau pic.twitter.com/MvwoJkaD2y

Still confused about #IR35? Read our comprehensive guide to find out EVERYTHING you need to know. astonshaw.co.uk/ir35/

We've been featured in the @EDP24! Check out the article here 👉 edp24.co.uk/news/tax-and-b… #BusinessAdvice #Accountants @edpbusiness

Not satisfied with your current accountant? We make switching easy. Simply contact us and let us know that you would like to switch and we'll do all the work for you. Find out more: ow.ly/Tgah50xU4Df

We couldn't be prouder to support @EastAngliAirAmb and the life-saving work they carry out. 🚁 Find out what you can do to support this fantastic charity in 2020 👉 eaaa.org.uk twitter.com/EastAngliAirAm…