The Importance of Good Record Keeping 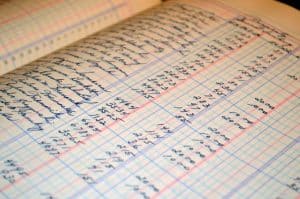 In this blog, we’ll be examining a public case study that highlights the importance of keeping good company records. Recently, the director of a construction and civil engineering company based in Glasgow has received a six-year ban for failing to keep adequate company records.

David Simpson Duffy, the director of Annick Structures Ltd (ASL) has been disqualified for failing to maintain and preserve accurate records. In February 2016, the construction company was forced into compulsory liquidation, following a petition by HM Revenue & Customs (HMRC). At the point of liquidation, the company owed over £900,00 to its creditors.

The Insolvency Service concluded after an investigation that Mr Duffy failed in his duty as a company director to deliver accurate accounting records to the liquidator, as he was required to do by law.

The result of Mr Duffy’s poor record keeping was that it was impossible to gauge the true level of income and expenditure in and out of the company bank account. This ultimately resulted in a six-year ban, meaning that Mr Duffy will be unable to “directly or indirectly become involved, without the permission of the court, in the promotion, formation or management of a company or limited liability partnership until June 2024.”

“Directors have a duty to ensure that their companies maintain proper accounting records, and, following insolvency, deliver them to the office-holder in the interests of fairness and transparency.”

“Without a full account of transactions, it is impossible to determine whether a director has discharged his duties properly or is using a lack of documentation as a cloak for impropriety.”

What can we learn from this case?

• It is vitally important that you keep accurate company records.
• Failure to keep accurate records can result in severe consequences
• HMRC do take action if necessary

Unsure of how to keep and maintain good company records? Do not hesitate to ask your Client Manager.