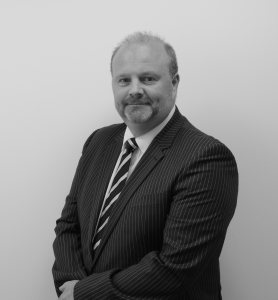 Here at Aston Shaw’s Corporate Finance department, customer satisfaction is our top priority. Recently, a client has been faced with a particularly challenging financial dilemma. Justin Lavery, Head of Corporate Finance, managed to use his knowledge and experience to solve the client’s issue as painlessly as possible – ultimately putting the client’s mind at ease.

As an SME with three staff members, any savings made have a real impact on the business and its future.

The key contributing factor to the success of any business is the relationship between the client and the business. Strong client relationships not only promote business retention but also boost conversions through client referrals.

Justin’s major priority is achieving the client’s specific requirements. Justin spent time with the client to fully understand their situation and shortly after he began looking for the best deals that could be arranged on short-notice, to reduce any unnecessary expense.

“I turned to Aston Shaw midway through a review of our invoice finance costs and I cannot recommend them enough for this service. Justin took a huge weight off my shoulders and put my mind at ease from what had become quite a stressful situation. He understood our circumstances and went above and beyond what I would have expected to make sure we achieved our goal. We had been paying some very high factoring costs on our invoices and being a small business we had very little time and resources to dedicate to fixing this, not to mention the lack of knowledge of what’s normal within the market. With Justin’s contacts and long standing reputation within the industry, he not only gained us some extremely competitive quotes from new introductions, but also from our existing provider which we hadn’t been previously offered. The agreement we eventually decided on will save our business over £9k a year, which is an amazing result”

One thought on “Case Study: Customer Satisfaction Is Fuel for Success”

❓ If you have any questions or would like to chat to one of our friendly professionals, please contact us at astonshaw.co.uk/contact pic.twitter.com/vRziinY7qp

🏦 Company directors are classed as employees of their business and will therefore also pay the 1.25% increase on salaries and bonuses upwards of £9,568 per year. These contributions are calculated from their annual earnings as opposed to what they earn in each pay period. pic.twitter.com/QA2pSQ3Kt9

💷 Employers are required to pay National Insurance directly on their employee's expenses, benefits, or lump sum payments, such as redundancy. This means they will also be subject to the 1.25% increase. pic.twitter.com/HQZ6mSNi8w