We’ve been warming up and doing our stretches in preparation for Run Norwich, a 10km run through the fine city! As proud sponsors of Run Norwich, we’ve been busy planning for this highly-anticipated annual event.

Aston Shaw has been sponsoring Run Norwich since the inaugural race in 2015. Now in its fifth year, the event has gone from strength to strength. This year, places sold out within just four days and seven hours!

Run Norwich returns to the city on Sunday 21st July 2019. And as usual, we’ll be at the halfway point (just outside our offices at The Union Building) to cheer on the runners. The run itself promises to be bigger and better than ever and so too does our cheer station. Music will be played by a live DJ, to help you give that much-needed boost at the 5km mark! If the music isn’t enough to make our presence known, keep an eye out for our signs, flags and balloon arches & columns!

Just as with previous years, we will be recording the whole thing in glorious HD, the footage will later be made available to watch on our website and social media channels, so be sure to keep an eye out for the camera if you’re running!

Run Norwich is a major date in the city’s calendar, it attracts all kinds of people from all over. You’ll find both novice runners and seasoned professionals here, residents as well as international participants. The race itself will take runners on a scenic journey through Norwich, passing some of the city’s most iconic landmarks such as Norwich Castle, Cathedral and Norwich City Football Club.

To see the full route, take a look at the map below. 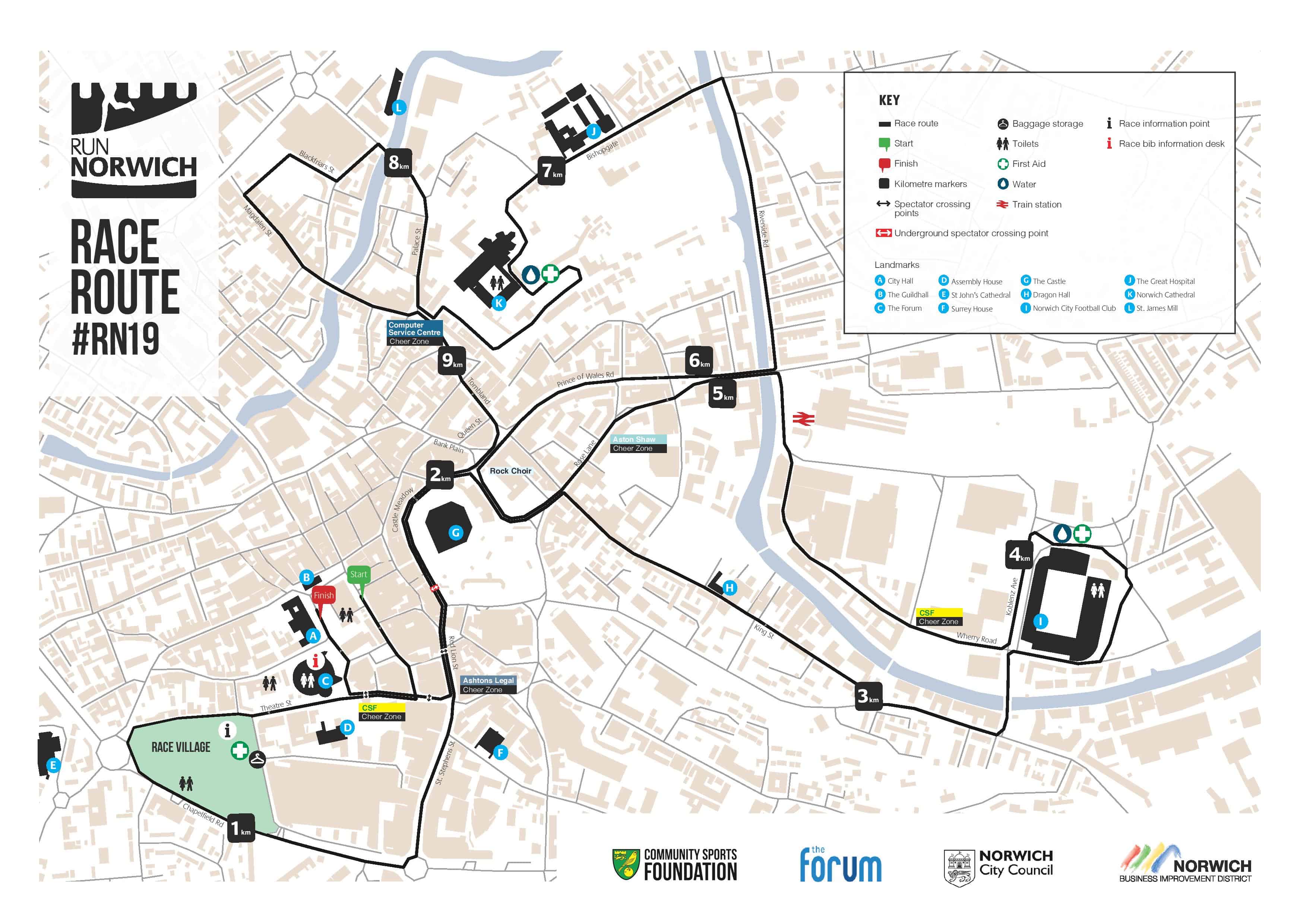 We're a fortnight away from Run Norwich 2022!15 members of our will be participating this year in aid of Mind, plus, we will be hosting our very own cheer zone at the infamous 'Aston Shaw Mountain' on Rose Lane!Sponsor our runners below 👇 bit.ly/3NVyJLA pic.twitter.com/5Q57JRJcvy

About 5 hours ago from Aston Shaw's Twitter via Sprout Social