Aston Shaw Employee Goes from Apprentice to Director in a Decade 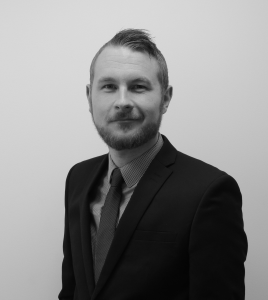 This is quite the success story; Daniel Overton first started at Aston Shaw in March 2007 as an apprentice and 10 years later, he is now a Director of one of the region’s largest independent accountancy firms.

When Daniel initially started at Aston Shaw as an apprentice, he was working in the VAT department. After displaying a natural talent for finance, Daniel quickly moved into accounts and progressed to the role of Client Manager. In 2014, Daniel also took on a managerial role at the Cambridge office, between then and now, a lot has changed. In his time at Cambridge, Daniel has overseen an acquisition and an office move; he has dealt with these challenges and the pressures associated with growth with the utmost professionalism.

Aston Shaw supported Daniel throughout all of his training, funding and providing guidance for AAT and later ACCA. Daniel is now at the top of his profession and a Fellow for AAT.

Daniel held the role of Client Manager up until his recent appointment as Director and now deals mainly with owner managed businesses. Aston Shaw now has five Directors, of which Daniel is one.

Commenting on his new role as Director, Daniel said: “When I was first informed of my promotion to Director it came as a pleasant surprise; I’m extremely pleased that my hard work and commitment to the firm has been recognised. I look forward to helping lead the company forward as it continues to grow.”

Daniel’s appointment comes in response to the rapid growth of the firm, following a series of mergers and acquisitions. Mark Noakes, Director at Aston Shaw said: “The decision to promote Daniel to the role of Director was an easy one, I can think of nobody more deserving. I have complete confidence in Daniel, I know he has what it takes to help guide Aston Shaw to a bright and prosperous future.”

Daniel is settling in well to his new role and has already begun to make strides that are of benefit to the firm.

We're a fortnight away from Run Norwich 2022!15 members of our will be participating this year in aid of Mind, plus, we will be hosting our very own cheer zone at the infamous 'Aston Shaw Mountain' on Rose Lane!Sponsor our runners below 👇 bit.ly/3NVyJLA pic.twitter.com/5Q57JRJcvy

About 9 hours ago from Aston Shaw's Twitter via Sprout Social