Budget 2015: Dividend Reformation – What You Need To Know 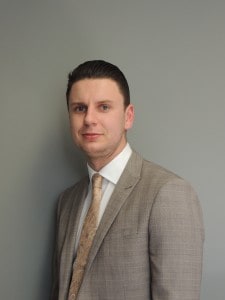 This article touches on a key change to the tax system announced in the Summer Budget 2015, the reformation of dividends.

After 50 years of taxation law, the disposal of the dividend tax credit came as as a shock to many. For many years, basic rate taxpayers were able to extract income from their company as a dividend completely tax free. However, as of 6th April 2016, anything extracted as a dividend over the amount of the new £5000.00 dividend allowance is taxed at a rate of 7.5% up to the basic rate band of income.

Prior to the budget, HMRC gave individuals an associated tax credit for any dividend received. The tax credit equated to 10% of the overall gross dividend, making dividend extraction the favourable method of income withdrawal from their company.

As a direct result of the dividend changes, Aston Shaw will now consider a higher level of profit for sole traders/Partnerships looking to incorporate before the tax benefit from the limited company arrangement is deemed sufficient. Dividends, now being a less tax efficient extraction as it has higher cost to withdraw.

The most common concern for companies who have incorporated over the past few years is whether they are still benefiting from a tax saving. For the most part, dividends are still a beneficial way of saving on tax, especially when compared to a full salary via the payroll declaration.

However if an additional rate taxpayer is withdrawing a substantial amount of money, there will be a distinct level of income where the benefits of dividends becomes non existent, in fact a full salary can become increasingly favourable due to the corporation tax relief obtained in the company accounts. Unfortunately, this results in sacrificing company profits, which may dishearten companies with a long outstanding record of a high presentable profit.

Not only has the budget had a negative impact on the basic rate tax payer, but the higher rate taxpayer too. Higher-rate taxpayers are also going to be paying an increased amount of tax due to the dividend reformation. A comparison of the effective rate of tax on dividends is listed below:

You will see from the above rates, there are no beneficiaries to the changes made in the summer budget, but the basic rate taxpayer being the prime target.

Income tax has been confirmed as one of the three taxes which will have no changes in tax rates over the upcoming 4 years, this then eases the ability of tax planning for company directors, sole traders and partners in partnerships.

Company directors will be evaluating their director loan accounts more than ever to establish a decision on whether to draw-down on there director’s loan to avoid the inevitable increase in tax demand.

The summer budget of 2015 will dramatically change the way accountants plan the future personal and corporate tax of their clients. This budget sees the biggest shake up of the tax system for over 50 years.

From a basic rate tax payer perspective, who is accustomed to the standard tax efficient system of salary and dividends, this will lead to a sudden, yet inevitable, steep increase in the tax liability of their self assessment returns. This is, in large part due to the reforms in the tax treatment of dividends.

You have until midnight this Friday to submit your tax return. Don't receive a £100 penalty, get it done before the deadline! ⌛ https://t.co/N4dEnF33pK…

About 4 hours ago from Aston Shaw's Twitter via Hootsuite Inc.